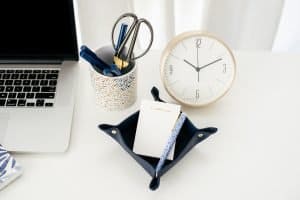 I love a good dystopian novel. So, when I received an email from Black Spot Books’ PR person, giving me access to many of their books to review, I chose, without hesitation, The Absolved by Matthew Binder. A dystopian novel set in the near future (2036), the story eerily foretells what the future could look like if we continued to develop technologies that replaced human occupations. In 2036, this has already happened. Through the main character Henri, we witness the consequences of our overreliance on technology, and it ain’t pretty.

Keep scrolling for my full thoughts on The Absolved. 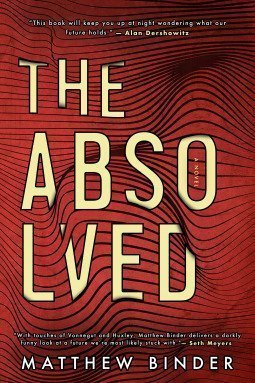 The Absolved by Matthew Binder

ADD TO GOODREADS     PURCHASE ON AMAZON

“It’s 2036. Henri is a wealthy physician, husband, father, and serial philanderer. He is also one of the relatively few people to still have a job. Automation and other technological advances have led to unemployment so severe that many people are no longer expected to work and are now known as “The Absolved.”

Meanwhile, it’s election season, and a candidate from a radical fringe party called the Luddites is calling for an end to the “Divine Rights of Machines.” After Henri is displaced from his job, two Luddite sympathizers—whom Henri has befriended at his local bar—frame him for an anti-technology terrorist act. The prospect of Henri’s salvation comes at the cost of foregoing his guiding principles in life. This new vision for the world, after all, just might prove better than the technological advancements that, paradoxically, have “left humanity out in the cold.””

MY THOUGHTS ON THE ABSOLVED

I had two reactions while reading this novel:

The way this book was written reminded me of the type of stories that make great film noir movies, such as Sin City. It’s filled with pessimism and menace about our future, yet there is still a little inkling of humanity left.

What If Robots Actually Took Over?

“Unfortunately, there’s just no way to make a human as productive as a robot. It’s almost hard to remember now, but there was a time when a person could make a decent living doing all sorts of different things: construction worker, fireman, dog groomer. But the list of occupations that earn a livable wage is shrinking all the time”

Matthew Binder’s dystopian story is anxiety-ridden if you enjoy your freedom to do what you will with your life. At the beginning of the book, the main character, Henri, is lucky to be in one of the few occupations that haven’t been completely replaced by robots – oncology. For much of the rest of the population, they are unemployed and lost.

This sounds like a nightmare to me that a government, though fictional, would allow and promote this. Humanity is abandoned in the novel. Without purpose, a.k.a. work, humans became unhappy and discontented.

One group of people in the novel, known as The Futile, is the lowest in society. Before robots, they were the panhandlers of society, collecting bottles and cans to earn enough to get by. However, in the novel, they can’t even do that since robots collect recyclables and beggars are banned from the streets.

Is this a cautionary tale about the direction we’re going? I would argue yes.

There are some instances in the novel that hint at the current political climate in the United States and its aftermath in 2036.

“Ten years ago, when The Wall came down, a surge of immigrants from Mexico and Central America poured across the border. Spanish is actually now the predominant language in more than fifty percent of California’s homes. And with this influx, many of the touchstones of Latin sports culture have also made their way to the States. The most welcome of these are the “sports songs” and “chants”. In perfect harmony, the entire metro is loudly singing one tune after the other. Julian knows every lyric, and sings delightful Spanish accent.”

This eerily reminds me of Donald Trump’s priority to build a wall to stop illegal immigration from Mexico. In the novel, by 2036, apparently the wall is down and Latin culture integrates with American culture. I can’t help but wonder if the author was putting a finger at Trump, or if it’s just a coincidence.

Oddly, it’s not just robots replacing jobs that are threatening humanity, it’s also the ignorance and laws put in place by their own government.

Throughout the novel, we see a competitive political climate between opposing parties, with divided support from the public. There is a party that supports the move to integrate more technology, which is unpopular with the lower public, and a party that wants to overthrow all robots.

It’s not surprising that there is political tension. In 2036, probably to promote the new era of technology, it is illegal for humans to do any labor.

“It’s not uncommon, in fact, for endangerment chargest to be brought against any parent who exposes their child to labor, if there is so much as a modicum of danger involved”

Could you imagine? I know I wouldn’t be able to put up with a government that infringed on my life as strongly as this fictional one has.

Despite the residents’ objections towards technology encroaching into every aspect of their lives, the government moves forward with the way they want the new world to be.

I think the lesson here is that progress isn’t always positive, governments don’t always have their people’s interests in mind, and we need to put down our smartphones every so often to look around at the world and appreciate it.

I mentioned earlier that one of the reactions I had to The Absolved was its underwhelming characters. If anything this book should be read for the story, the dystopian world the characters are set in, and not their development. The characters fell flat in my opinion, but it didn’t ruin the book for me.

MY RATING OF THE ABSOLVED

I gave The Absolved 3 out of 5 stars. The dystopian narrative was the best part of the novel, however, I didn’t fall in love with the characters, so it lost two stars.

As a book published by an independent publisher, I was surprised that I enjoyed it. I don’t normally read books by authors I’ve never heard of and this book has changed my opinion on that.

WHERE YOU CAN GET A COPY OF THE ABSOLVED

You can get a copy of The Absolved by Matthew Binder on Amazon.